https://bit.ly/2YBBh7l
Famous 12 apostles magnificent rock stacks that rise up majestically from the southern ocean on victoria's dramatic coastline. Limestone cliffs of the mainland beginning 10-20 million years ago. The stormy southern ocean and blasting winds winds gradually eroded the softer limestone forming caves in the cliffs. The caves eventually became arches and when they collapsed rock stacks up to 45 meters high were left isolated from the shore. View the 12apostles at the sunrise and sunset as they change color from dark and foreboding in shadow to brilliant sandy yellow under a full sun. The 12apostles are located 275kilometres west of Melbourne approximately a four drive along the great ocean road.
1.. Discover more at 12apostles are Bay of islands get a perfect sunset picture of southern ocean and limestone stacks of the Bay of island
2/Gibson steps take 86steps down to the beach below to be dwarfed by the 70 metro high vertical cliff line
3/loch add gorge be amazed at the sheer size of the cliffs and the narrow opening out to sea at loch add gorge
4/london bridge originally a natural archway and tunnel now a bridge without a middle
5/the arches marine sanctuary protects a remarkable seacape.
6/12apostles national park the iconic golden cliffs and crumbling pillars of the 12apostles can be found seven kilometres east.. 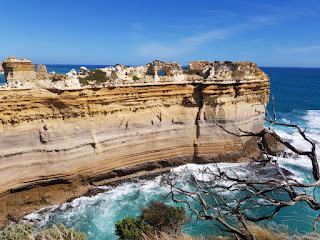 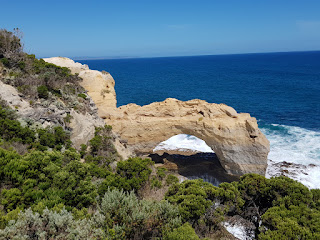 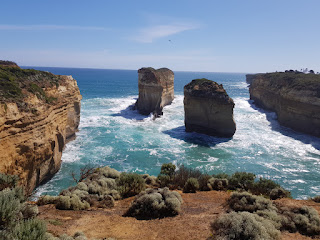