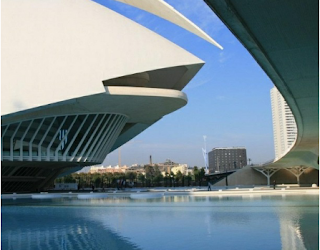 Palau is often referred to as Belau.In the Pacific Ocean, Palau is a part of the Caroline Island chain. In 1500, European explorers first discovered the Caroline Islands.In 1783, Palau was accidentally discovered by the shipwrecked crew of Captain Henry Wilson when he reached the shores of Ulong.
In the Republic of Palau, the highest point is Mount Ngerchelchuus (242m).In the First World War, Palau was occupied by the Japanese.USA began administration of Palau in 1947. Under the United Nations authority, the islands became a part of the Trust Territory of the Pacific Islands.Palau and the combined States of Kosrae, Pohnpei, Chuuk and Yap (the Federated Stated of Micronesia), gained separate status in 1979.In 1981, The Republic of Palau came into existence.In 1985, the first President of the Republic of Palau was assassinated.Palau’s currency is the U.S. dollar.The languages spoken are English, Japanese, Palauan and 3 other local languages.Roman Catholic, Protestant and Modekngei (native) are the most common religions followed in Palau.Palauan women, like their male counterparts, traditionally used to go topless in the past. They used only a two-piece skirt and a few garlands as costumes. Today, some local women still continue their traditional dressing, although more covered and conservative styles of modern clothing have found their way into their culture, especially with the heavy influx of tourists.Huge number of large pelagic predators, turtles, dolphins, sharks and many species of migratory fish which are not found anywhere in the world gather at the distinctive crossroads of three of the world’s main ocean currents in the Palaun archipelago.Floating Garden Islands, known as The Rock Islands, are made up of lime stones.Palau doesn’t have a military force of its own. The U.S. is responsible for its defense under a Compact of Free Association between Palau and the US.In 1855, Spain claimed the Caroline Islands (Palau and FSM).In 1899, following the Spanish-American War, the islands were sold to Germany.American and British whalers began visiting the Caroline Islands at the beginning of the nineteenth century.All year round, Palau experiences a pleasantly warm climate with an annual average temperature of 27 degrees C and between July and October, Palau gets its heaviest rainfall.
on April 21, 2020