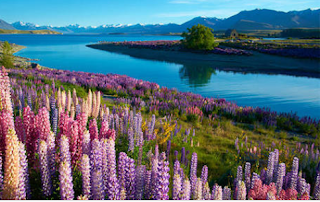 http://bookingdeal.atourguidelines.com
New Zealand is an island country in the southwestern Pacific Ocean. It comprises two main landmasses—the North Island and the South Island —and around 600 smaller islands, covering a total area of 268,021 square kilometres

The region’s largest city is Hamilton, with a population of over 141,000 New Zealand’s fourth largest city, lies about an hour and a half’s drive south of Auckland.
Hamilton is spoilt for choice for places to relax and enjoy. The city is home to some of the most spectacular gardens in the country, including the international award-winning Hamilton Gardens, an internationally recognised zoo, one of New Zealand’s largest aquatic centres, and world-class international sports stadiums and event facilities. Extensive walkways and cycleways link our residential areas to the beautiful Waikato River, New Zealand’s longest river, which flows right through the city. Hamilton’s south end boasts an arts and cultural precinct, with inspiring exhibitions at the Waikato Museum, music and theatre, and an impressive selection of cafés, bars and award-winning restaurants.
Hamilton’s proximity to the ports of both Auckland and Tauranga, close access to two airports (Auckland and Hamilton) and strategic location on the road and rail networks provide significant opportunities for export and import.


Before European settlement, the Waikato was heavily populated by Māori. Today, Hamilton is diverse, home to over 80 ethnic groups. It is also a relatively ‘young city’ with around half its residents under 30 years old.
on July 17, 2020