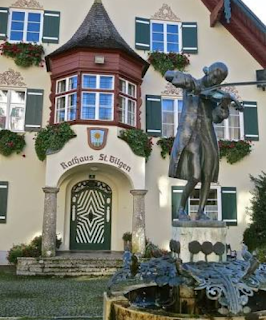 http://bookingdeal.atourguudelines.com
Austria is a landlocked country of approximately 8.7 million inhabitants in Central Europe. It is bordered by the Czech Republic and Germany to the north, Slovakia and Hungary to the east, Slovenia and Italy to the south, and Switzerland and Liechtenstein to the west. The territory of Austria covers 83,878 square kilometres (32,385 sq mi) and has a temperate and alpine climate. Austria's terrain is highly mountainous due to the presence of the Alps; only 32% of the country is below 500 metres (1,640 ft), and its highest point the Grossglockner is 3,798 metres (12,460 ft). The majority of the population speaks German, which is also the country's official language. Other local official languages are Croatian, Hungarian and Slovene.

Austria is a parliamentary representative democracy. The capital and largest city, with a population exceeding 1.8 million, is Vienna. Austria is one of the wealthiest countries in the world, with a nominal per capita GDP of $46,972 (2018 est.). The country has developed a high standard of living and in 2016 was ranked 24rd in the world for its Human Development Index. Austria has been a member of the United Nations since 1955, joined the European Union in 1995, and is a founder of the OECD. Austria also signed the Schengen Agreement in 1995, and adopted the European currency, the euro, in 1999.
As a federal republic, Austria is comprised of nine independent federal states (also referred to as provinces): Burgenland, Carinthia, Lower Austria, Upper Austria, Salzburg, Styria, Tyrol, Vorarlberg and Vienna.
The origins of Austria date back to the time of the Roman Empire when a Celtic kingdom was conquered by the Romans in approximately 15 BC and later became Noricum, a Roman province, in the mid-1st century AD—an area which mostly encloses today's Austria. In 788 AD, the Frankish king Charlemagne conquered the area and introduced Christianity. Under the native Habsburg dynasty, Austria became one of the great powers of Europe. In 1867, the Austrian Empire was reformed into Austria-Hungary.
The Austro-Hungarian Empire collapsed in 1918 with the end of World War I. The First Austrian Republic was established in 1919. In the 1938 Anschluss, Austria was occupied and annexed by Nazi Germany. This lasted until the end of World War II in 1945, after which Austria was occupied by the Allies and its former democratic constitution was restored. In 1955, the Austrian State Treaty re-established Austria as a sovereign state, ending the occupation. In the same year, the Austrian Parliament created the Declaration of Neutrality which declared that the country would become permanently neutral
complex, incorporates the Burgkapelle (Imperial Chapel), where the Vienna Boys' Choir sings Sunday Mass, and the famed Spanish Riding School, where Lipizzaner stallions perform elegant equine ballet, along with a trove of museums, including in the chandeliered Kaiserappartements (Imperial Apartments). Other immense palaces include the baroque Schloss Belvedere and the Habsburgs' 1441-room summer residence, Schloss Schönbrunn, while 19th-century splendours such as the neo-Gothic Rathaus (City Hall) line the magnificent Ringstrasse encircling the Innere Stadt (inner city).

One of the Habsburgs' most dazzling Rinsgstrasse palaces, the Kunsthistorisches Museum Vienna, houses the imperial art collection. It's packed with priceless works by Old Masters, and treasures including one of the world's richest coin collections. Behind the Hofburg, the former imperial stables have been transformed into the innovative MuseumsQuartier, with a diverse ensemble of museums, showcasing 19th- and 20th-century Austrian art at the Leopold Museum to often-shocking avant-garde works at the contemporary MUMOK. Meteorites, fossils and prehistoric finds fill the Naturhistorisches Museum, while exquisite furnishings at the applied-arts Museum für Angewandte Kunst are also among the artistic feasts in store.

With a musical heritage that includes composers Wolfgang Amadeus Mozart, Joseph Haydn, Ludwig van Beethoven, Franz Schubert, Johann Strauss (father and son), Johannes Brahms and Gustav Mahler, among countless others, Vienna is known as the City of Music. Its cache of incredible venues where you can catch performances today include the acoustically renowned Musikverein, used by the Vienna Philharmonic Orchestra, the gold-and-crystal main opera house, the Staatsoper, and the multistage Konzerthaus, as well as the dedicated home of the Vienna Boys' Choir, MuTh. Music comes to life through interactive exhibits at the captivating Haus der Musik museum.