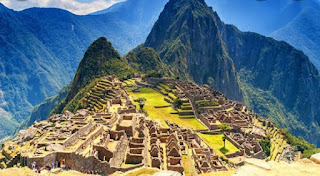 The only rain-free city in the world, some houses have no roofs, and the streets have no sewers. Lima has a tropical desert climate. It has the lowest rainfall among all countries in the world. The annual rainfall is only 10 to 15 mm, so it has the title of "rainless city".

A large number of residential houses in the city are adobe houses. Some houses are simply made of cardboard. What's more, some houses do not have a roof. Furthermore, Lima citizens never buy umbrellas, raincoats and other rain gear, and there are few drainage channels in the streets of the city. These "strange" phenomena are actually not strange to Lima people.

There are many ruins from ancient times. For example, there is a library built in the tomb. It is said that tens of thousands of people were buried in this cemetery, but now it is here. All you can see are some scriptures.

This situation in Lima is because the prevailing wind direction (southeast trade wind) is basically parallel to the sea level, which is not easy to raise water vapor; there is a strong Peruvian cold current flowing off the mainland, and coastal air In contact with the cold water surface, the lower layer cools down and forms a stable temperature inversion layer. The water vapor can only form fog, and it is difficult to transport upward into clouds and cause rain.